DOES LIGHTNING STRIKE DOWN? 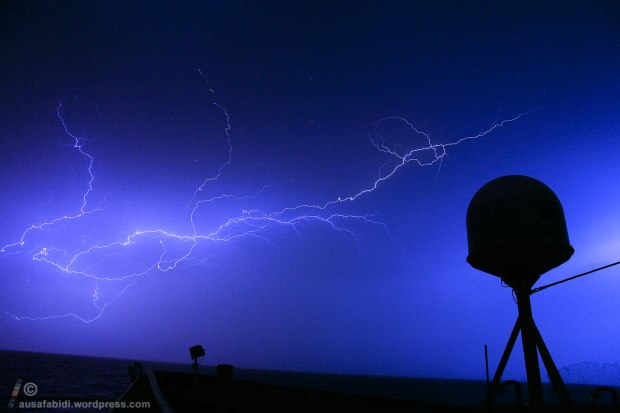 DOES LIGHTNING STRIKE DOWN?

Lightning strikes somewhere off Sudan coast. Today evening we passed a lightning storm in Red Sea. I quickly took out my camera, focussed my lens manually till it was on infinity, changed the mode to ‘Bulb’ and pressed the shutter while aiming my camera in general direction of the lightning. I waited long enough till there was a show in the sky and then released my shutter.

I wasn’t using a tripod, but had my camera pressed down into a sturdy corner. Thankfully the ambient light wasn’t much and any shakes aren’t so apparent. The right hand side of the frame is lit by fading twilight.

The blue cast has been created by using Tungsten white balance setting while shooting.

I am afraid the composition isn’t much to talk about here. But when you are shooting lightning, you open up your lens wide, aim the camera in general direction and hope the mega-pixel monster you paid through your nose for, delivers a good enough quality to let you crop the image anyway you like. The top picture however hasn’t been cropped. Minor crop / straightening have been applied to the two pictures below. 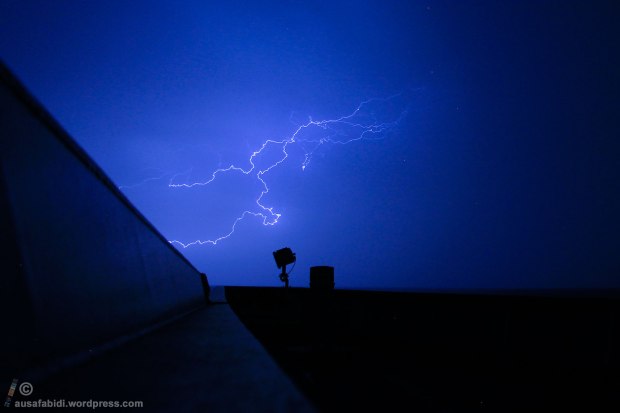 15 thoughts on “DOES LIGHTNING STRIKE DOWN?”