The history of the Residency can be traced back to 1774 AD, when Nawab Shujauddahula agreed to have a British resident stationed in Awadh. Residency was established at Lucknow in the year 1775 AD. Originally, the site of the Residency belonged to Sheikhzadas. Nawab Asafuddaula started the construction of Lucknow Residency in the year 1775 AD for the British resident and his staff which was completed by Nawab Saadat Ali Khan in 1800 AD. Later, it was used by the Chief Commissioner of Awadh. With time, more buildings were added as their requirements grew.

The ruins of Residency, preserved in the same condition in which it came under central protection in the year 1920 AD, remind of the great uprising of 1857. The evidence of First War of Independence of 1857 can be seen on each and every structure of the Residency. These structures suffered heavy damages due to constant shelling and counter shelling; some were completely razed to ground and are in ruins. The Residency complex today consists of ruins of several buildings, each ruins has its own story to tell about the event of 1857 AD. During its historic siege in 1857 AD, these buildings and every fortified post were named usually after the person who lived there. They were named as Sago’s house, Dr. Fayerer’s house, Brigade mess, Cawnpore Battery, Redan Battery, Sikh Square, Anderson’s Post etc. The residency campus covers the area of about 33 acres.

To understand the clear picture of Residency, an excavation was taken up here and this has brought to light a number of buried structures including the well planned sewer system, besides remains of material culture of that period. A ‘1857 Memorial Museum’ has also been setup inside, presenting a glimpse in the uprising of 1857 AD in Awadh. Unfortunately photography isn’t permitted inside the museum. 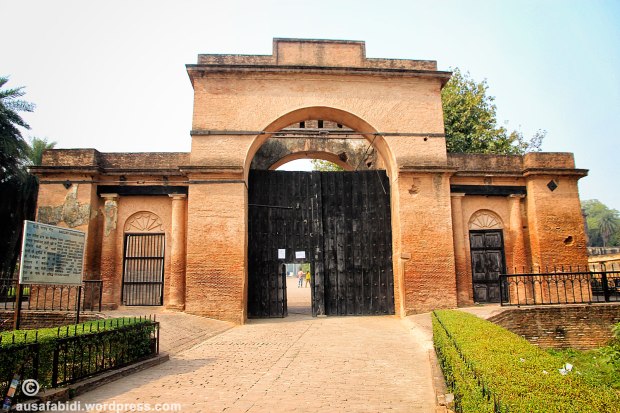 Bailley Guard: This entrance gate was constructed by the Nawab Saadat Ali Khan in the honour of John Bailley who became the Resident of Lucknow in the beginning of 19th century and this portal came to be known as Bailley Guard Gate. 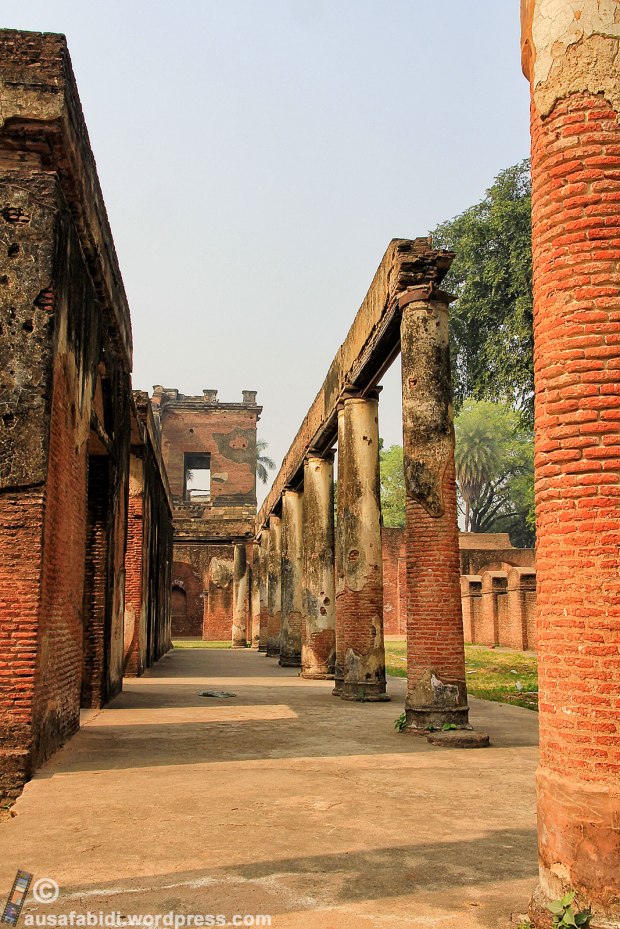 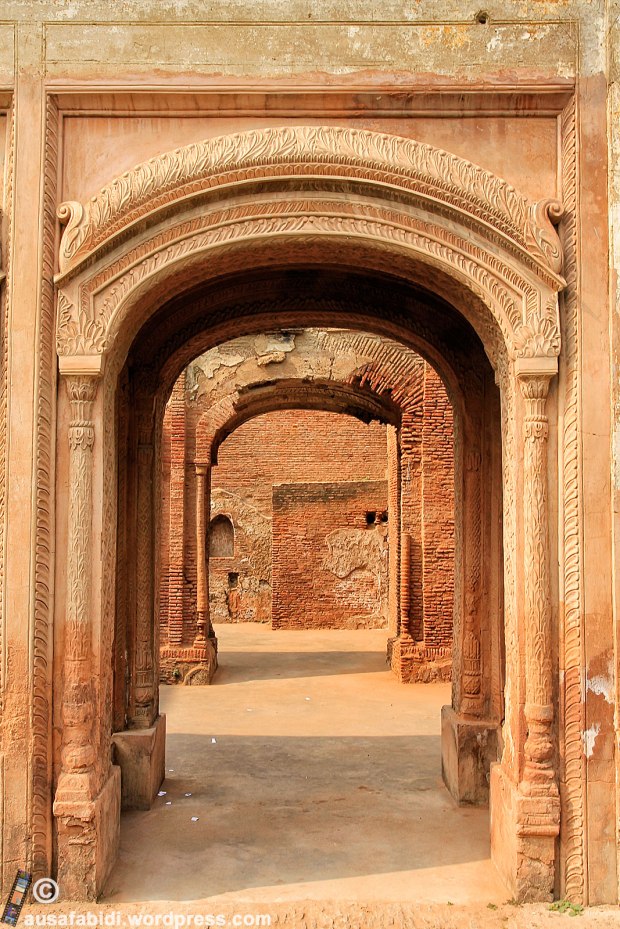 Supported by plain columns, the long one storeyed treasury was completed around 1851 AD, at a cost of Rs 16,897 (Less than US$300, at present exchange rate). During the revolution of 1857, the central part of this building was converted into an ordinance factory for manufacturing Enfield Cartridges.

It originally belonged to Nawab Asaf-ud-Daula and subsequently was sold to some Europeans who ran a business in European goods. Later on, it was occupied by ‘Vilayati Mahal Makhdarah Aliya’, the wife of Nasir-ud-din Haider. After her death her step-sister ‘Sharfunnisa’ had build an Imambara and a Mosque at this place in a traditional architectural style of Avadh unlike other buildings of the Residency. Remains of these Imambara and mosque are still available (last two images above). 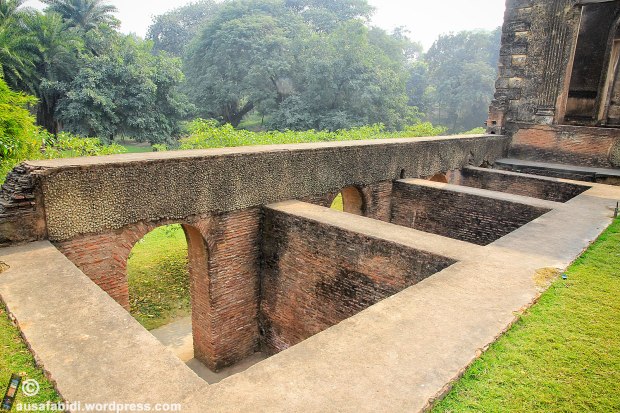 It was named after Dr. Fayrer who was Residency surgeon during the siege. Sir Henry Lawrence was shifted to this building after being mortally wounded on 2nd July, who succumbed to his injuries on 4th July, 1857. 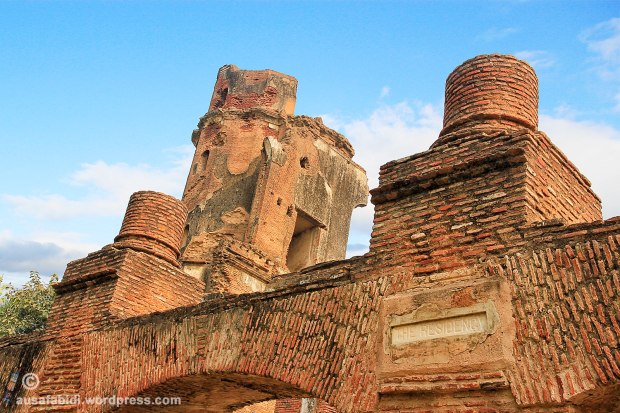 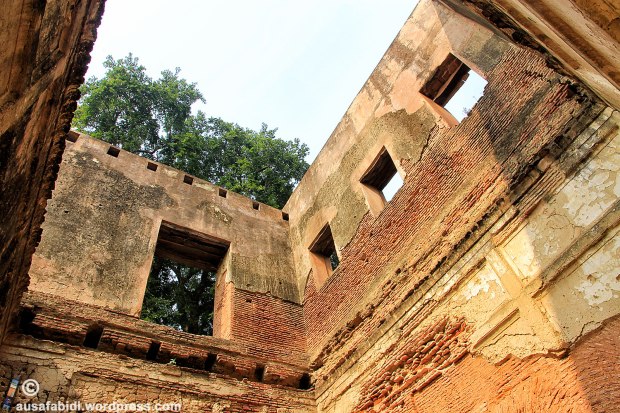 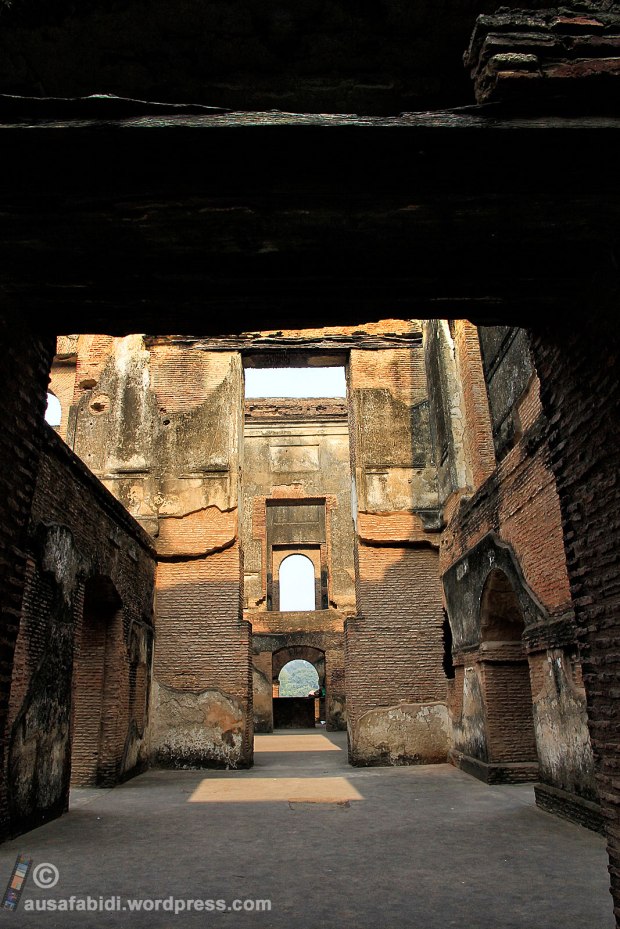 Originally it was an imposing building of 3 storeys, which gave its name to the area. The principal entrance to the main building was on the east side, under a handsome portico. Along the west front extended a wide and lofty colonnaded veranda. Spiral stairs inside two turrets on the north and south sides led to the building’s roof.

There were numerous lofty windows. Under the south side of the building were the deep Tykhanas (basements), which provided and effective shield against the hot winds of Lucknow summers. During the siege in 1857, the women and children of the besieged European families had taken shelter in Tykhana (basement)

In Memory of Major Gen Sir Henry Lawrence XCB, and the brave men who fell in defence of the Residency AD 1857

This memorial was erected by the surviving European officers, in memory of native officers and sepoys who fell during the defence of Lucknow. (30th May – 27th November 1857). I have cropped the text part in the second photo for those interested in reading the original epitaph. 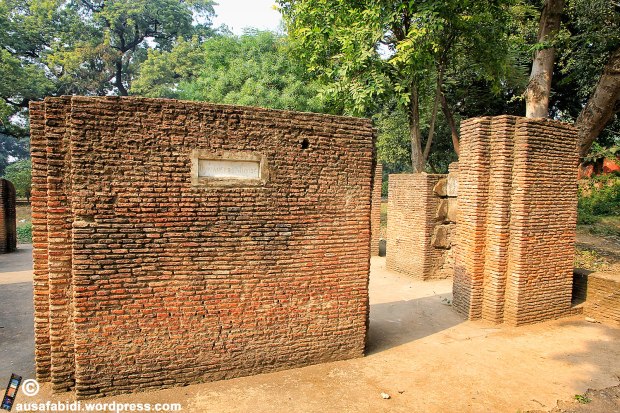 Omanney’s House:  Ommaney’s house with a ʊ shaped structure on its perimeter.  I am curious what it originally could have been.

← Not as white
The crisp snack…… well almost →

15 thoughts on “The Residency”